The Caldwell Kids story begins with Don and Terri Caldwell. Don opened his legendary recording studio, Caldwell Studios, in 1971. Terri Sue Newman walked into Don’s studio at the age of eighteen, which led to a lifetime musical partnership and marriage.

Terri began teaching voice lessons out of their home in Slaton, Texas (Don’s birthplace) in the mid-’90s as a favor to friends. Word of mouth brought in more students year by year and when Don opened the Cactus Theater, they knew it was the perfect venue to give Terri’s young students a stage to hone their talents.

In 1996, Terri Caldwell Music was born and the Cactus Kids came to be. The group consisted of students from 6 to 18 years old. They became young ambassadors for the Cactus Theater performing not only at the theater but for many local community events.

In 2001, Terri and Don’s daughter, Cami, came on board to teach alongside her mom. Cami worked exclusively with the “little ones” 6 years old and under. After graduating from Texas Tech University, Cami started a new group called the Cactus Cuties. There were 7 members in the group for the first year. She eventually paired the group down to 4 little girls, Andi Kitten, Baylee Barrett, Blaire Elbert, and Madeline Powell.

Under Cami’s direction, the group gained popularity in the West Texas area. Upon receiving an invitation to sing the National Anthem for a Texas Tech basketball game, Terri wrote an arrangement of The Star-Spangled Banner featuring the girls singing in harmony. When the performance was posted on YouTube and went viral, the response catapulted them to national recognition with more than 6 million views.

This led to many, many performance opportunities including THE DISNEY CHANNEL, THE JERRY LEWIS TELETHON, THE OPRAH WINFREY SHOW, THE RACHAEL RAY SHOW, THE 700 CLUB, CELEBRITY FIGHT NIGHT (a star-studded benefit with Mohammed Ali) and a special performance at the White House for First Lady and President Bush. The Cactus Cuties performed alongside many established artists including Reba McEntire, The Oak Ridge Boys, Jerry Lewis, Billy Gilman, Gary Sinise, the Gaither Family and many more.

Following the success of the Cactus Cuties, Terri and Cami formed a trio of little girls they named Avery and the Calico Hearts. The name Calico Hearts is a type of cactus plant chosen to honor the ties to their home base – the Cactus Theater. The group consisted of 7-year-old Avery Winter and 8-year-olds Brooklyn Elbert and Kassidy King.

In 2010, under Cami’s direction with Terri as their music arranger, Avery and the Calico Hearts made it to the top 10 acts in season six of AMERICA’S GOT TALENT. In 2013 Cami and Terri accompanied “Yellow House Canyon” a duo of their students, Tatum Sheets and Bristi McHam, to Los Angeles. They advanced to the top 10 in Simon Cowell’s XFACTOR with Terri and Cami’s vocal arrangements.

They have continued to have students advance in vocal competitions including THE VOICE and high profile, national and international sporting events and telethons through the years and have even inspired some of their graduating students to become teachers themselves!

Don and Terri Caldwell have provided an invaluable training ground for thousands of young artists from West Texas and Caldwell Kids Entertainment continues to lead the way in training and mentoring the rich talent of the Southwest. 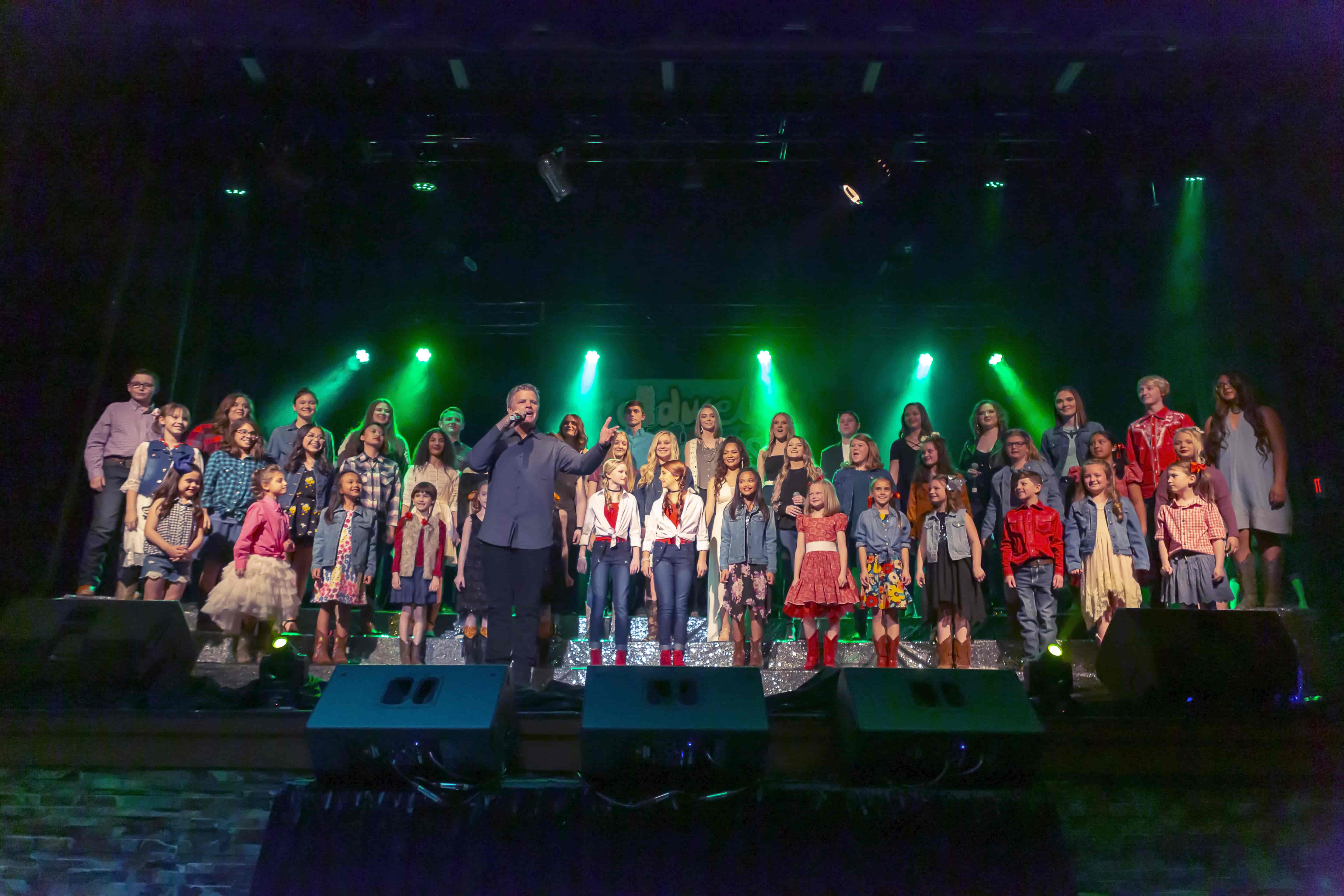