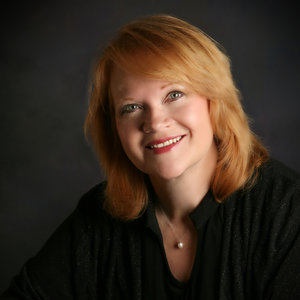 Terri’s earliest memories are immersed in music. She grew up with her ear glued to her portable 1950’s Zenith Hi-fi, memorizing and singing every note on her Brenda Lee record collection. Music was Terri’s passion and felt as natural as breathing. Her parents took her everywhere she wanted to sing and as a result, her childhood was spent at hootenannies, talent shows, jamborees, and jam sessions. At the ripe old age of 10 years, Terri began a 4-year stretch as a featured singer on a weekly local country music tv show called “Pickin’ Time”. By the age of 16, she had her own country band and through the years performed with many area country groups. In the early 70’s she met her future husband Don Caldwell. He owned a recording studio DON CALDWELL STUDIOS and Terri recorded dozens of jingles and was a background vocalist for literally hundreds of album projects. She married Don in 1977, released a record that made it to #43 on Billboard’s top 100 hit songs and later had their first child, Todd, in 1979. During the ’80s their daughter, Cami was born soon to be followed by their youngest son, Toby.

Terri continued singing in the recording studio and recorded a gospel album in 1983. She continued singing and opened for various acts that toured through Lubbock. In 1987, Terri began working with young vocalists teaching what she had learned through her years of performing. In 1994 Don open the historic Cactus Theater for live entertainment and Terri began performing weekly in a variety of shows there. In 1996 Terri created “The Cactus Kids” - ambassadors for the Cactus Theater, singing for community events and promoting young artists in West Texas. Terri Caldwell Music became an incubator for developing young talent in Lubbock and the West Texas area. In 2000, Terri and Don’s daughter, Cami, joined the teaching program.

In 2004 Sheena Fadeyi came on board. In 2014 Mickie Vasquez joined the staff and in 2018 Haley Simpson, (a Caldwell Kids graduate) was added to the team as well as instrument instructor Mike Carraway. The final members of the teaching staff, instrument instructor Ross Raedeke, and songwriting instructor Lucas Tomblin signed on in 2019. For over 25 years, the Caldwells have provided a professional training ground for West Texas artists to hone their talents and become seasoned performers. In 2016 Don Caldwell sold the Cactus Theater at which time the Cactus Kids became “The Caldwell Kids”. Don, Terri, and Cami continue to produce shows at the Cactus Theater, enabling Caldwell Kids Entertainment to thrive.

Today, Terri is the founder and co-director of Caldwell Kids Entertainment and is looking forward to many more years developing young talent! 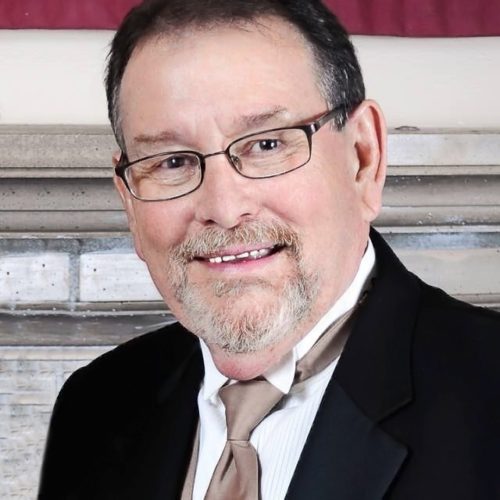 Don Caldwell was born and raised in West Texas. In 1971, he established Don Caldwell Recording Studios in Lubbock. Besides being an accomplished saxophonist, he is widely respected for his production of musical events like Lubbock's “4th On Broadway”, “Lights On Broadway”, “The Buddy Holly Music Festival”, “Lubbock Centennial Celebrations`` and many other Texas events. In 1993, Don established a corporation to purchase and renovate Lubbock's historic Cactus Theater. He currently is the CEO of Caldwell Entertainment and Caldwell Kids Entertainment where he produces the infinitely talented music community of West Texas. His dream is to help Lubbock become a major entertainment center in Texas. Don is married to the love of his life Terri and they are blessed with three kids, Todd, Cami and Toby, a daughter in law, Ryan and two granddaughters, Charlie and Amelia. 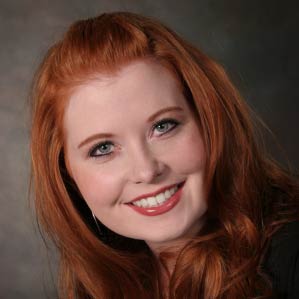 Cami Caldwell, the Artistic Director at Caldwell Kids Entertainment, is not only an accomplished vocal coach and producer, but she is also an incredible performer in her own right! Cami has been singing and acting most of her life, and her comedic skills onstage always leave the crowd in stitches!

Partnering with her Mom, Terri, as a vocal coach at Terri Caldwell Music, Cami created YouTube sensation “The Cactus Cuties” in 2001 and under her tutelage, the vocal group gained international attention and millions of fans. In 2011, she created “Avery and the Calico Hearts,” a young vocal trio who became favorites on NBC's “America's Got Talent” and in 2013, “Yellow House Canyon” a teen duo were featured on Fox's “X Factor” under Cami and Terri's direction. Cami has served as artistic director for performances featured on The Disney Channel, Rachael Ray, Oprah, The Jerry Lewis Telethon, and at The White House, to name a few. Cami recently moved to Nashville, TN to facilitate more opportunities for the incredibly talented kids in West Texas and now splits her time between her Lubbock and Nashville studios. 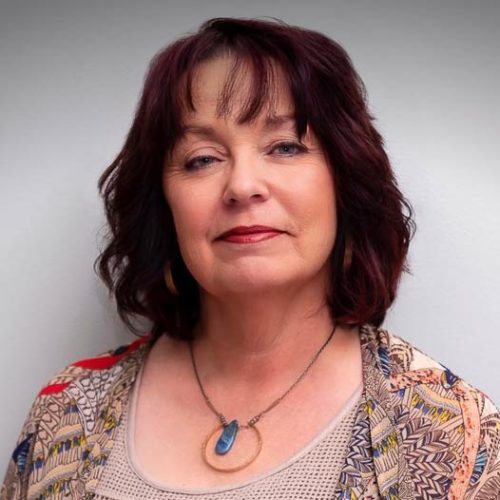 Mickie Vasquez, began her teaching career at South Plains College in Levelland, Texas as the coordinator of the Commercial Voice Department.

At SPC all instructors received training every semester in Speech Level, Mix singing, voice care and rehab/prevention of vocal injury. Mickie retired from SPC after 18 years and joined the team at Caldwell Kids Entertainment as the voice technician and piano teacher. She works with each student age 6+ once a month for a vocal lab class. These students get the best well-rounded training in excellent performance and style coaching by their vocal coach, plus Mickie's monthly vocal lab. In addition to working with her Caldwell Kids, she also has adult “gigging” musicians still come in for tune-ups!

Mickie and her husband, Jr. Vasquez, are very busy entertainers and favorites in the region. They have worked in worship ministry for over 25 years and are currently leading a Sunday service in Lubbock. 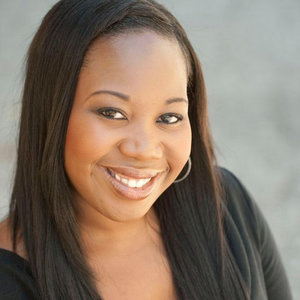 Sheena Fadeyi-Flores has literally been singing her entire life! Born and raised in Lubbock, Sheena spent her early years singing in church in Tahoka, Texas and performing in local talent shows. She first caught the eye of producer Don Caldwell when she auditioned for a Red Ribbon Drug Awareness concert at the age of twelve.

She was booked for the show and blew the audience away with Whitney Houston's rendition of “I Will Always Love You,” which remains a signature song for her to this day. After graduating from Monterey High School, she went on to earn a bachelor’s degree in Theater Arts at the University of Texas at Arlington. While living in Arlington, Sheena was a featured performer at Six Flags over Texas for seven years.

Sheena has traveled the world as a featured performer on Disney Cruise lines, where she played the role of “Nala” in The Lion King, the lead muse in “Hercules,” and the lead “Circle of Life” singer in the musical, Disney Dreams! Sheena has also been featured in videos by YouTube sensation and Broadway star, Todrick Hall! Sheena performs regularly at the historic Cactus Theater, where she has been an audience favorite since 1995 and is the vocal group leader and featured vocalist for “Caldwell Collective.”

However, Sheena’s favorite role of all is being a mom to her beautiful daughter Laykn and wife to her husband, John who are her biggest fans! 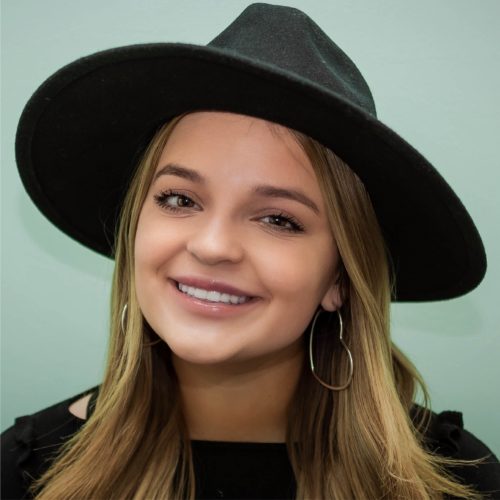 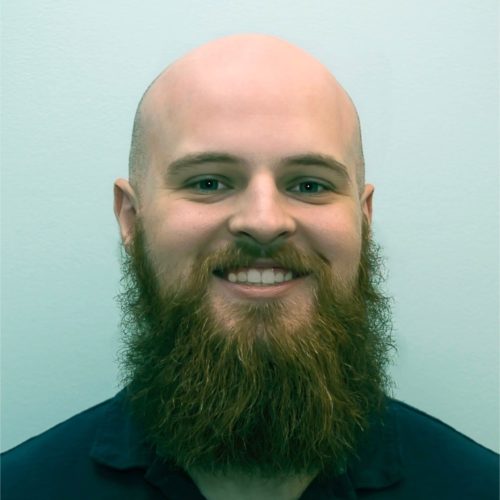 Ross Raedeke was born and raised in Lubbock, Texas. He gave his first ever performance in the first grade, when he brought his jukebox to show and tell, using a pencil as a microphone and a flashlight for a spotlight. Since then his love of music has grown every day. His thirst for knowledge spawned an interest in a wide variety of instruments and genres. So far his love for music has taken him down many paths, in a wide variety of musical scenarios. Ross is characterized by his contagious passion, energetic teaching style, and a love of making puns. He can be seen performing with Caldwell Entertainment and various other artists both in and out of Lubbock. You can also find him playing on studio projects and writing his own original music. Ross owes his love of music to his mentors who were able to show him what passion truly is, and aims to have the same impact on his students every day.

Lucas was born a literal genius. He discovered the secret chord that David played to please the Lord by age 2.

At age 5 he was on his way to becoming the greatest kazoo player to ever walk the earth. But then tragedy struck when he turned 6 and he lost all feeling in his lips. But little did he know it would be the best thing that ever happened to him because it forced him to learn to play the guitar.

Taking lessons from himself really helped him to advance far beyond his peers and by age 10 he wrote his first song. It was the greatest song ever written. Unfortunately, it wasn’t recorded on his voice memos and he couldn’t remember it the next day.

He’s been trying to remember it ever since. In doing so, he has written many many very great songs. Which have earned him the prestigious position as The Caldwell Kids Songwriting Instructor. 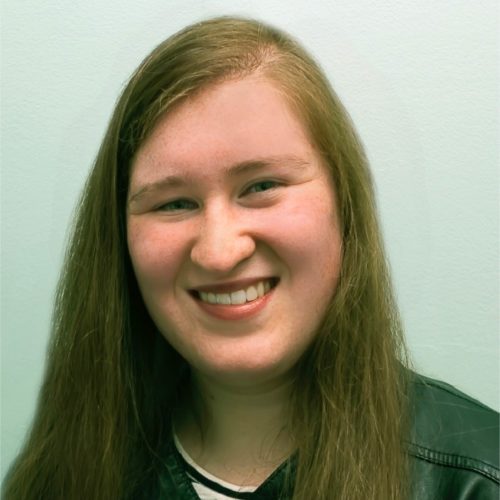 Anna Armes is the administrative assistant at Caldwell Kids Entertainment. Anna is also a talented singer/songwriter and studies piano, guitar, bass, and ukulele 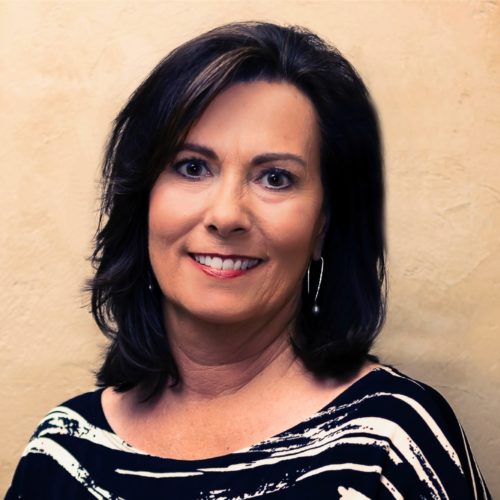 Phyllis began her association with Don Caldwell Productions in the early ’90s with Lubbock’s 4th of July, “4th on Broadway” citywide event. Since that time she has partnered with Don and his company to grow events that feature West Texas artists, as well as nationally renowned performers.

One of her most exciting and challenging events was as a production manager for Lubbock’s Centennial Opening and Closing Celebrations with “The Lubbock Legends Concerts” hosted by Mac Davis and produced by Don Caldwell.

Over the years, Phyllis has volunteered as Chairman for ”4th on Broadway” in 1996 and took over the Presidency of Broadway Festivals, Inc. in January 2001 -2004 and again from 2009 - 2011. She served as Chairman of the “Buddy Holly Festivals” in the late ’90s and Chairman of “Lubbock Music Festivals” in the early 2000s. She was also chairman of the City of Lubbock Citizens Advisory Committee, Lubbock Parks & Recreation and was a fundraiser and organizer for the Freedom Fountain at Huneke Park. She was elected to the Lubbock City Council in 2004 and served until her term expired in 2008. 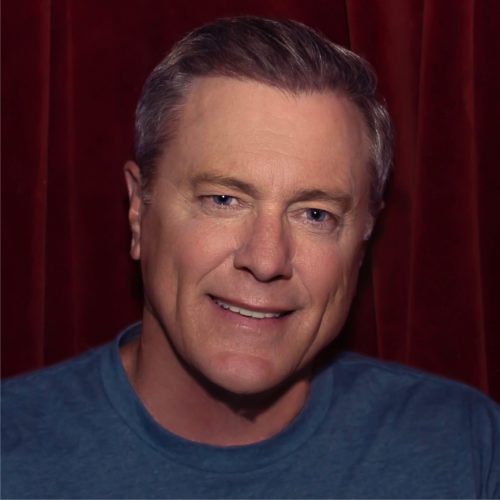 Eric Nelson is the official Caldwell Kids photographer. All of the incredible pictures featured on this website were taken personally by Eric. 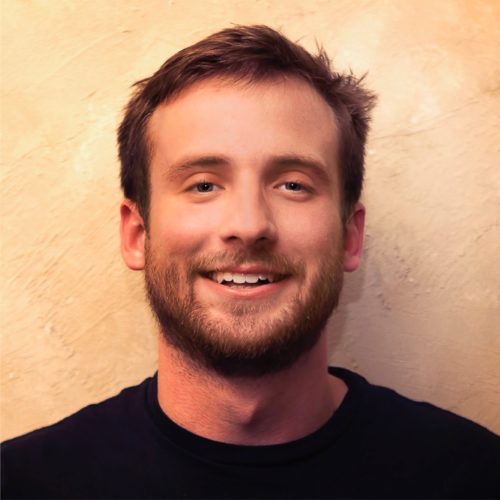 Erik created the website for Caldwell Kids Entertainment. He also designs and does lights for all the Caldwell Kids and Caldwell Entertainment shows at the Cactus Theater. He is originally from Philadelphia and now resides in Lubbock after graduating from Texas Tech. When he is not taking guitar lessons from Mike Carraway, he is working as a web developer at GriffinWink Advertising, or hanging out with his corgi. Send Erik an email by clicking on the icon below if you would like to inquire about his web design services.